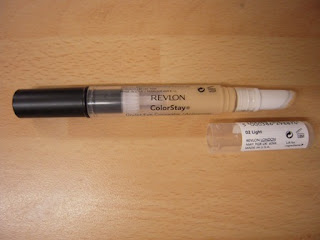 Happy Sunday all! Hope your weekend has been awesome :) I’m working my early shift tomorrow (8-4) so figured I’d lie in the bath for a while and have an early night… But not before I embark on a little rant about this concealer!

Unfortunately I was completely wrong and I’ve found it to be a bit rubbish :( It comes in a twisty dispenser pen so you turn the bottom and the liquid comes out of the tiny holes at the end. The problem is that even if I only twist it once loads of liquid comes out so I end up wasting a lot; I don’t think it’s good value for money 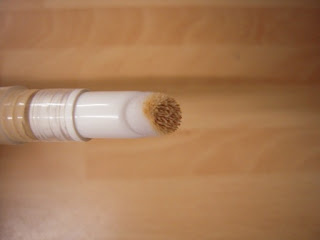 I'm not really a fan of these applicators... The colour is good and is actually a great match for my skin tone but the coverage is dreadful. When I use this on my under eye circles (which is what it's designed for!) it only lightens them slightly so basically works no better than a medium coverage foundation. As for blemishes – I wouldn’t even consider using this to hide them again cos it doesn’t help disguise the redness and the staying power isn’t particularly great so any blemishes usually end up really noticeable after a few hours

As if that wasn’t bad enough it also ends up looking quite cakey! The areas under my eyes aren’t particularly lined or dry but this seems to seep into the smallest cracks and crevices and makes me look older, which isn’t really what I’m aiming for :)

Too bad about this concealer, I'm a big fan of Revlon too so I'm always surprised when something by them isn't great.

aw too bad it was rubbish, i'll be sure to stay away from this from now on!

i have been searching for the perfect concealer for months now! too bad this one doesn't look like it's up for the running. do you have a favorite concealer right now? i'd love a recommendation!

This is by far the worst concealer I've ever bought, and I've bought really crappy ones. I had the same problem you had, I really like the Colorstay foundation and I was expecting this too be good as well. Worst money ever spent, now it's lying in a drawer. I should just throw it away.

Aww, shame it wasn't very good. I don't like those twisty goo dispensing pens either, I always end up twisting it and getting nothing, then getting covered in it! :/ Not good! :P

Oh no (n) at first glance of this post I got excited because, like you, I thought it would be as good as their Colorstay foundation. How disappointing.

Yeah I bought that once, was not worth it at all! xx

That sucks :/ I have high standards for revlon products as well, as some of them are HG items for me. x

I love the foundation, the concealer not that much \:

Kinda wish I’d done a post asking for opinions on this before I splashed out on it as it looks like I’m definitely not the only person who found it completely disappointing :(

Juno I’m the same – totally hate throwing products away cos I always think I might be able to go back to them in future only to find (by some strange miracle) that they actually work second time round. Never happens though :)